Rouen, France, will be the first port of the Liberty Tall Ships Regatta 2019. The historic capital of Normandy will welcome the Tall Ships fleet to the banks of the River Seine for this fantastic event.

The event, which will take place across four days, is in collaboration with L’Armada, a 10 day maritime festival in Rouen, which celebrates its 30th anniversary in 2019. Visitors can expect plenty of entertainment as part of these celebrations, including some of the most beautiful vessels from around the world, live music, festivities and spectacular fireworks.

Rouen has a rich history and is famed for its cathedral, which houses paintings by Claude Monet. It was also one of the largest cities of medieval Europe. During the regatta, the Tall Ships fleet will make an impressive entrance as they make their way along the 120km of the River Seine to the city of Rouen, where they will spend four days welcoming visitors on board and taking part in the festivities.

Check out this teaser for L’Armada Rouen to see what you can expect during the celebrations in 2019.

END_OF_DOCUMENT_TOKEN_TO_BE_REPLACED 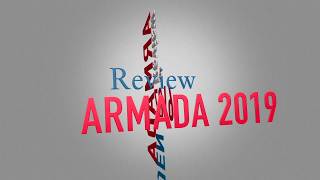